THE 20s has kicked off and we’ll be spotlighting one trainer a week here on the Blog. They’ll also be taking over the Beachbody Facebook and Instagram channels, so make sure to tune into both!

Meet Sabrina – the 5’5 3/4â€ 27-year-old trainer from Lincolntown, Georgia. For THE 20s, this former member of the Marine Corps will be focusing on bodybuilding and we think you’re going to love her strength moves! Make sure to follow her on Instagram at@sabrinajonesfit_the20s and watch THE 20s on Beachbody On Demand to support #TeamSabrina!

How did you get into fitness?

As soon as I graduated high school I got a job [working in fast food]. I worked there for about a year and a half and gained a lot of weight because you turn around and you drink soda. You go on lunch and you eat their food.

By chance, a marine recruiter walked in looking for my cousin. I told him I hadn’t seen him, but asked him if he would like to make an order. He’s like, no, but he does his little pitch. In my head, I’m like I’m going to be nice and I’m going to give you my phone number and we can set up this appointment, but I’m not going to the military. I’m just not.

He got me to the appointment. And he said, we need to set you us with the ASVAB [ed note: that stands for Armed Sources Vocational Aptitude Battery]. Long story short, I shipped out to the Marine Corps a few months later. I only lost about five pounds when I was at boot camp for 3 ½ months, but I went down five dress sizes. That was my first taste of body fat and weight and that muscle matters! 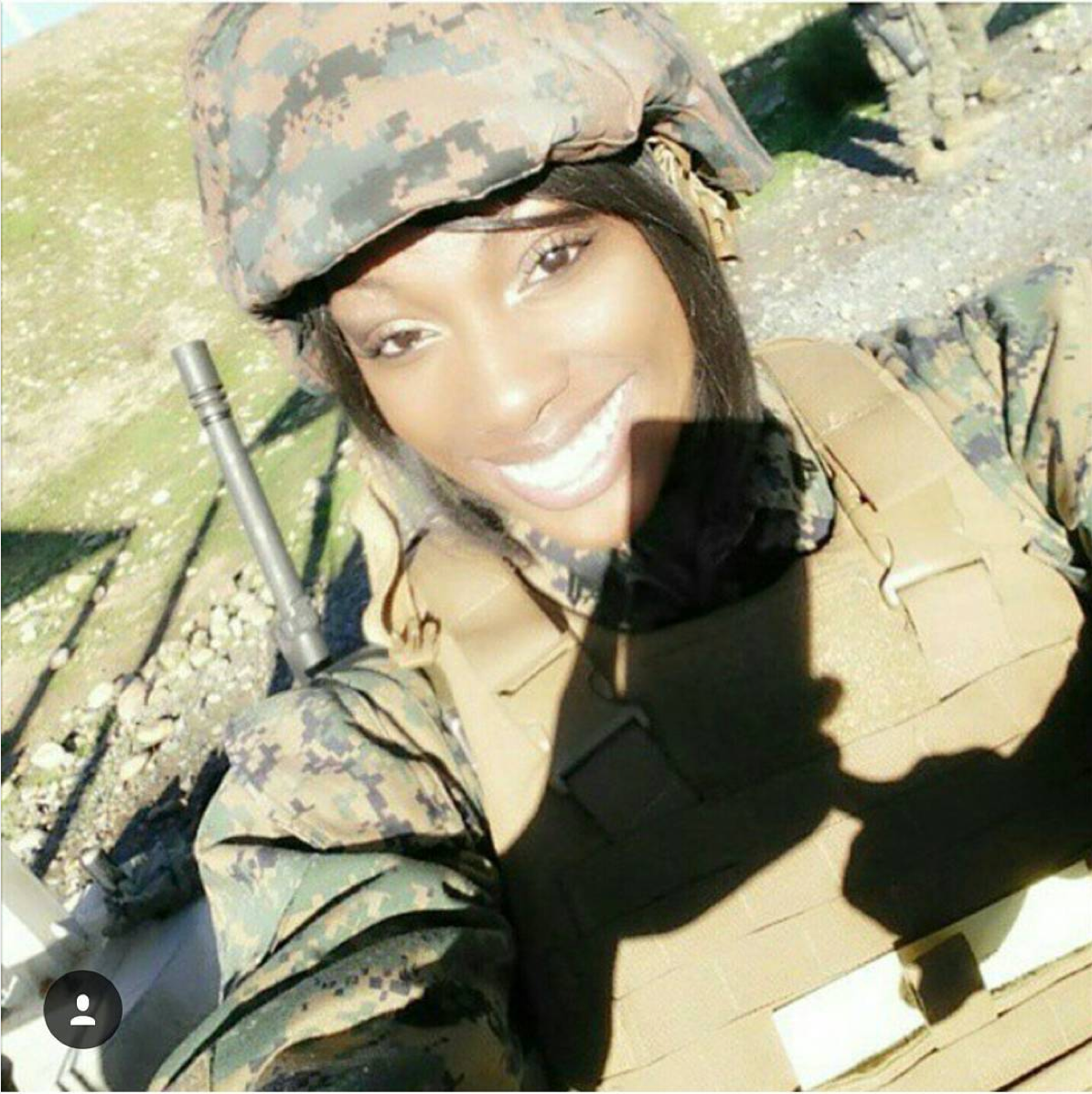 Nice! Did you stick with it?

I got stationed at my duty station [in San Diego], I started making a lot of money for an 18-year-old. I started eating really badly and started gaining weight. They told me I had to lose weight or they were going to put me on their body composition program. I did some unhealthy things before I weighed in, but they didn’t work. I still had to get on the program.

How did you eventually get fit in a healthy way?

Right before I got out, I told myself I have to lose weight and I enrolled in a personal trainer course. I remember talking to my officers about staying motivated to lose weight and this one sergeant told me, no you’re not going to do that. All marines do when they get out is they get fat. And you’re going to get fatter. It stuck with me for the next few months.

For the next six months after I got out of the marine corps, I didn’t gain too much weight but I was still fat in my eyes. At income tax time, I decided to get a personal trainer. Someone actually told me, you should do a competition. They had seen my physique. I didn’t know what kind of competition they were talking about. I was like, you mean a pie eating contest?

They gave me some information and I hired a bodybuilding coach and did my whole prep. I lost 30 pounds and did my bodybuilding show and got first place! I instantly fell in love. That day of competing made me fall in love with fitness. 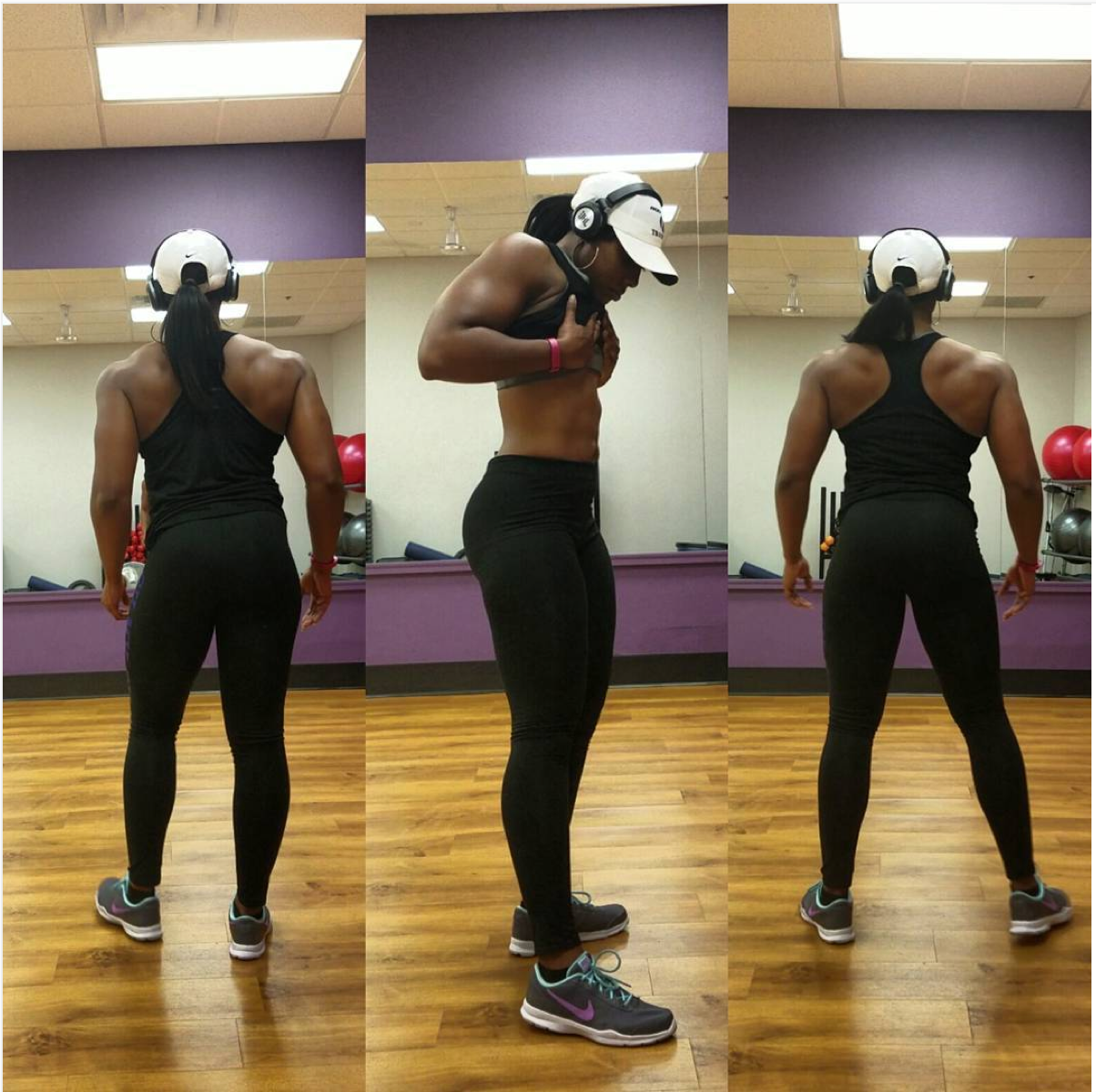 Why do you love bodybuilding?

I love that I can not look like every other woman on the planet. I like that I have muscles. I like that when I walk into a grocery store people look at me. Whether you’re disgusted or you’re intrigued, you’re still looking. I like to be different. I love that aspect of it.

Yes. In the morning I’ll usually have eggs or oatmeal. During the day I usually have a protein shake and I slip on my greens a little bit but I have my rice and my protein source. I eat chicken and eat a lot of fish. I either eat cod, swai, or tilapia. Salmon is a once or twice a week thing. Red meat maybe once a month. 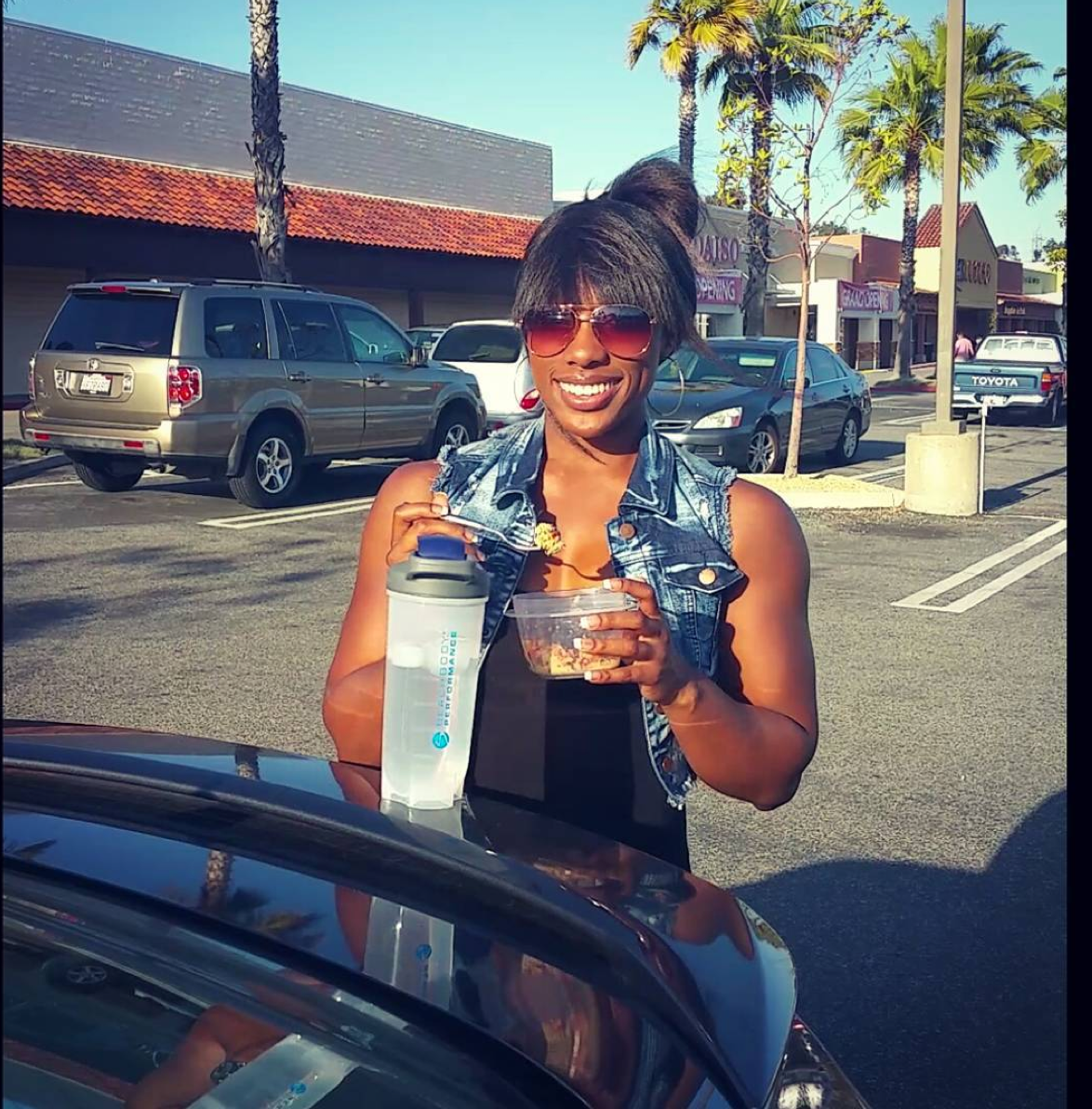 I crave Shakeology. I know I’m not supposed to have more than two shakes in a day but sometimes it gets hard. If I’m really tired in the morning, I’ll have it in the morning, but otherwise I’ll wait until later in the day and have a Chocolate Shakeology with just water or Lactaid milk.

Simple and classic. Love it!

Tune into THE 20s today to see the new episode and watch new ones every Monday! Who will become the Next Beachbody Super Trainer? You’ll have to watch to find out! Don’t have a subscription to Beachbody On Demand? Get started with a free 30-day trialand get access to hundreds of workouts and THE 20s now.

I’ve been getting asked these two questions recently, and thought I would provide an answer – Question 1 – What does TOPSTONE […]

By Carl Daikeler, Beachbody ® CEO & Cofounder The “Personal Development”  Message of the Month is  LEADERSHIP. In a recent National Coach […]

Hi, I’m Rich Dafter – full time dad, life-long runner, Team Beachbody Coach and Polar Global Ambassador. By the Grace of God, I have been able to raise my kids working from home by helping people get healthier, fitter and have better quality of life with free coaching…. more.

Beachbody On Demand and Shakeology Bundle – Save $100.00

Work Out at Home with Beachbody On Demand Streaming Workouts for Less Than $2.00 a Week!

Try Superfood Nutrition with a 30-Day Money Back Guarantee