Carl Daikeler is the CEO of Beachbody and it is his vision that created Team Beachbody. He had a blog on February 7th that I wanted to share with you. 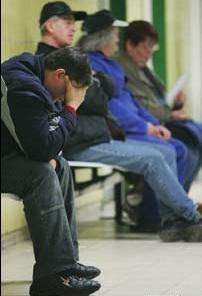 It’s tough to watch the news these days and feel like there’s anything you can do but grab a donut and wait for someone to hand over your share of a bail out package.

U.S. jobless claims have surged to 26-year high. And factory orders plummeted in December. The Labor Department said first-time claims for state unemployment insurance benefits rose to 626,000 in the week ended January 31, the highest since October 1982.

Almost 2.6 million jobs were lost last year, the most since 1945. The unemployment rate jumped to 7.2 percent in December, the highest in 16 years, and is expected to keep climbing. A new survey by the National Association for Business Economics depicts the worst business conditions in the U.S. since the report’s inception in 1982.

The layoffs continue: Pharmaceutical giant Pfizer, and Sprint Nextel, the country’s third-largest wireless provider, said they each will slash 8,000 jobs. Home Depot will get rid of 7,000 jobs. GM will cut 2,000 jobs at plants in Michigan and Ohio due to slow sales. Caterpillar announced 5,000 new layoffs. Microsoft will slash up to 5,000 jobs over the next 18 months – it’s first layoffs, ever. Intel will cut up to 6,000 manufacturing jobs while Goldman Sachs notified 3,200 employees that they have been laid off. Bank of America has plans for cutting 30,000 jobs across the globe in 3 years.

That’s what you hear about on the news, but it’s not the whole story. There is another story, one of hope, achievment, and enthusiasm. That story is being written by thousands of Beachbody coaches growing in number and momentum. They are the cavalry. They refuse to sit back and “take it”. Instead, while the global economy has been unraveling, Beachbody…

> Paid over $15 million in Coach commissions

> Co-published Kathy Smith’s Project: You For Type 2 with the American Diabetes Association in a combined mission to improve ADA fundraising to find a cure for the disease, help prevent diabetes and to improve the lives of people affected by diabetes.

> Donated thousands of dollars for the care and feeding of orphans in Africa and the US.

> Developed multiple ground-breaking new products for release in 2009, including the “healthiest meal of the day”, Shakeology.

> Celebrated the physical transformation of literally thousands of customers and coaches who sent in their photos and videos to show that our programs really work, and a healthy approach to diet and fitness is the best approach.

And we’re just getting started.

We derive no pleasure from the state of the economy or the state of health and obesity in the US. Instead we are resolved to meet these challenges with creativity, enthusiasm, and relentless leadership. We are a committed to being the force behind the economic upturn and the end of the obesity trend by empowering the individual with the tools and support to succeed. 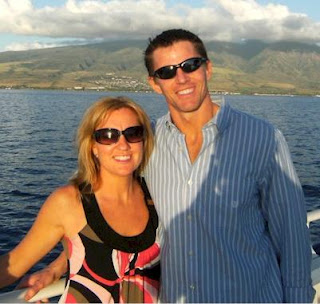 As we approach the Dream Extreme Summit in March, coaches like our founders continue to hold their own recruiting events to build momentum, and new coaches are working to recruit leaders to help us get the word out about Beachbody. All will be rewarded well for motivating people to get healthy and fit. 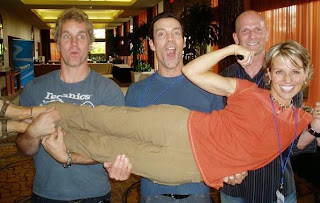 Beachbody and its coaches are on a roll, and this snowball is just getting started on a long steep slope toward enormous success. Get on board, and be a part of something exceptionally special, a true economic upturn and the end of a trend.

According to this article, “Don’t fall off the “fitness cliff”: How to stick to your New Year’s exercise goals” from a study […]

Obesity is not a hidden enemy.   Sadly, however, most people don’t realize that it is our enemy.   It is everyone’s […]