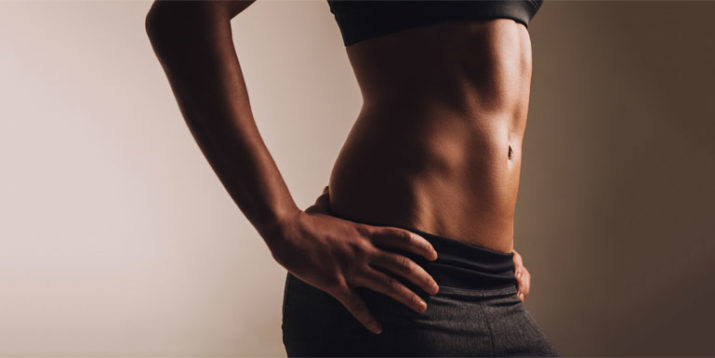 Can probiotics boost athletic performance?  “From a research perspective, we still know so little about the microbiome’s role in fitness,” says Corrie Whisner, Ph.D., an associate professor of nutrition at Arizona State University. “It’s truly an untapped area which merits greater investigation.”

It’s well established that a gut populated with the right combination of bacteria is a good thing. From keeping you regular to helping to maintain a strong immune system, studies continue to uncover new ways that the 100 trillion or so bacteria in your gastrointestinal tract interact with your body.

Researchers are now beginning to ask what role the human gut biome can play in fitness and sport and whether probiotics can boost athletic performance. Given how intensely even amateur athletes focus on things like protein, carbs, and hydration, is it time to get as serious about bacteria to help influence endurance, soreness, and time to recovery?

It’s estimated that the human intestinal tract harbors around 1,000 bacterial species, representing 100 times more genes than found in human DNA. Collectively these bacteria and their genetic material are called your gut microbiome, sometimes referred to in shorthand as your biome. Researchers see it as a sort of symbiotic super-organism, weighing about as much as the human brain and secreting a host of biologically active compounds.

When all is going well, the biome positively influences human physiology, metabolism, nutrition and immune function. When it gets temporarily out of whack, like during an E. coli infection or after a course of antibiotics, you may find yourself spending extra time on the can. And when chronically disrupted, the gut biome has been linked with obesity and gastrointestinal conditions such as inflammatory bowel disease, according to a recent review in Therapeutic Advances in Gastroenterology.

It’s tantalizing to imagine that cultivating the right kinds of gut bacteria could make you flat out faster or stronger, and that popping a certain probiotic would get you there. So far there’s little evidence to support this. What’s more plausible is that a primed gut biome can help prepare your body to train to its maximum capacity, and offset some of the ill effects that such intense effort brings. A good place to start is inflammation.

“We know that imbalances in our microbial community can lead to inflammatory responses,” says Jarrad Hampton-Marcell, Ph.D., a metagenomics researcher at Argonne National Laboratory. “This has been observed in cases related to diabetes and obesity.” Since athletes suffer from inflammation during exercise and competition, he said, finding mechanisms that can alleviate these symptoms and speed recovery could prove a boon.

The possibility exists. A Taiwanese study published in 2015 on whether probiotics boost athletic performance looked at the association of intestinal bacteria and exercise performance in three strains of lab mice bred to have different gut environments. The researchers were especially interested in how the mice’s antioxidant enzyme systems would protect against oxidative damage from intense exercise. They found that the different microbiota (the kinds of bacteria in the gut) combined with endurance exercise in the form of swimming corresponded to differences in everything from inflammation biomarkers to how long the critters could actually paddle in water, as well as abdominal fat, liver, and muscle mass. Their conclusion: “Gut microbial status could be crucial for exercise performance.”

Another way the gut biome can help with fitness is by maximizing absorption of nutrients needed for performance and recovery. “Remember, you are not what you eat, you are what you absorb,” says Kiran Krishnan, Ph.D., a microbiologist who studies the role of bacteria in human health and fitness “The gut biome is virtually in total control of what happens to food and nutrition in the gut.”

This “absolutely translates to athletic performance and ability, including recovery,” Krishnan believes. For example, muscle contraction is dependent on sodium, potassium, magnesium and calcium levels and metabolism. “If your gut cannot absorb enough minerals, your muscles will seize. If you gut cannot absorb enough pyruvate, amino acids, fatty acids and minerals, your mitochondria–the powerhouse of the cell—will run out of capacity to produce ATP, which will cause fatigue and muscle failure.”

We take for granted that what we put in our mouth ends up in our cells, Krishnan adds, but this isn’t always true. “In order for these critical nutrients to reach the cell, they have to be metabolized, isolated and made functional by the microbiome.”

A third, less obvious but potentially important way the gut biome can impact training and performance is its influence on an athlete’s state of mind. “Our gut microbes act like an endocrine organ, in that they produce important chemicals which act like hormones in our bodies,” notes the Whisner. GABA is produced by lactobacilli while other strains of bacteria have been known to produce anti-stress, ‘feel good’ hormones like dopamine, she said. (Indeed, still other studies have found links between gut bacteria and major psychiatric conditions like autism and schizophrenia.)

In short, a healthy gut biome can help reinforce the sense of well-being that exercise can induce, says Whisner. Indeed, it may be a big part of why exercise makes us feel so good. So what can you do to help your intestinal bacteria flourish? “A healthy gut is one that is diverse,” says Krishnan. Develop that robust diversity with by following these three tips.

Eat Fermented Foods
Supplementing your diet with fermented foods like yogurt, kimchi, and sauerkraut is a good way to continually reintroduce healthy bacterial strains to your digestive tract. The fermented tea kombucha, an acquired but trendy taste, can also help. Be sure to check food labels, though, as pasteurization and other processing can kill off a lot of the bacteria you’re after. Make sure the products contain live strains.

Consume Prebiotics
Prebiotics are foods that nourish the bacteria already present in your gut. Whole wheat and oats, mushrooms, raspberries, artichokes, beans, and asparagus are all good sources of the soluble fibers that make great fuel for your intestinal microbes, says Whisner.

Fill Up on “Friendly” Bacteria
Supplementing with probiotics—live bacteria and yeast known to provide specific health benefits beyond basic nutrition and gut health—is another way to fast-forward the process, and makes particular sense when coming off a course of antibiotics (which kill off both good and bad gut bacteria). The National Institutes of Health maintains a terrific resource on probiotics to help consumers make informed choices about whether and what kinds of probiotics to take. And for the record, Beachbody’s own Shakeology contains a pre- and probiotic, fiber and enzyme blend that can help keep your gut biome fueled and thriving.

Do you want to lose weight, build muscle, or feel more fit? Join Beachbody On Demand, and get access to Beachbody’s world-famous programs, including 21 Day FIX®, 80 Day Obsession™, and P90X®. Don’t miss out on your chance for amazing results. Sign up today!

My Daily Wellness Journal brings together information, resources, and events on my health, fitness, and positive lifestyle journey. For me, daily wellness […]

Getting fit by making small, doable tweaks to your lifestyle, you’re more likely to stick with them than doing a total 180.  […]

Our La Luz Trail adventure in the Sandia Mountains was filled with awesome vistas. We had planned a 7 mile day and […]