Breakfast is the most important meal of the day at least, that’s what everyone’s been telling you since you were a kid. But unless you have a Leslie Knope-sized appreciation for waffles, you might be inclined to skip the first meal of the day. After all, mornings are hectic enough as it is and a calorie saved is a calorie earned for dessert later, right?

But skipping breakfast isn’t actually a foolproof way to cut calories. â€œEven if you do â€˜save’ calories, you’ll blast right through any deficit when you finally do get the chance to eat,â€ says Abbey Sharp, R.D., and owner of Abbey’s Kitchen. â€œWhen you let yourself get ravenous, it’s difficult to make mindful decisions at that next meal.â€

Eating breakfast can help you establish healthy eating habits and give you an edge in the weight-loss game as long as you do it right. Here are a few things you need to know to get the best breakfast benefits. 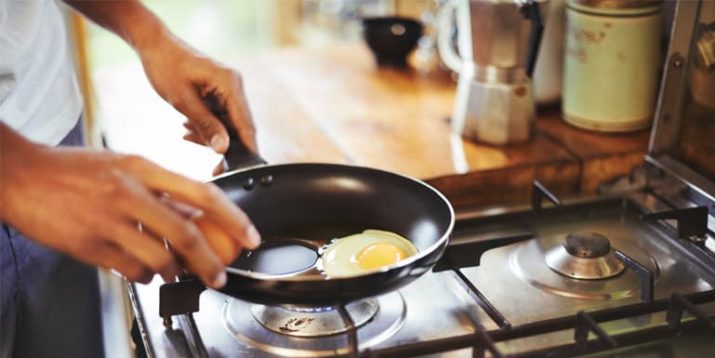 A healthy breakfast can set the tone for a healthy day.

When you’re rushing to get out the door in the morning and barely have time to brush your teeth, the last thing on your mind is whipping up a fiesta omelet. But it could be worth waking up a few minutes earlier to make time for breakfast.

â€œWhen you start the day with a healthy breakfast, you’ll be more likely to continue the theme later on,â€ Sharp says. And people who eat breakfast in the morning tend to choose foods throughout the day with lower â€œenergy density,â€ which is the number of calories per gram of food. (Beans, veggies, and lean protein are all examples of foods with lower energy density.)

Not all breakfasts are equal.

In theory, any food eaten in the morning could qualify as breakfast. But that doesn’t give you carte blanche to start your day with a hot fudge sundae. According to at least one study, a healthy, high-protein breakfast can increase your energy levelsâ€¦ unlike that bowl of cereal. Consider adding eggs, beans, skinless chicken, or salmon to your breakfast routine. They’ll give you more lasting fuel than marshmallows will. Yes, even the star-shaped ones.

Find your own breakfast groove.

Here’s where it gets a little tricky. Despite findings like the study above, some researchers have suggested that breakfast may not deserve all of the credit it gets. If you eat a midnight snack and aren’t hungry again until noon, this might not be any better or worse than â€œfastingâ€ from dinner until dawn. That’s because we tend to grab less healthy grub when we’re tired. Research has also shown that limiting nighttime snacking reduces total calorie intake for the day.

So if you have no appetite in the morning, ask yourself why. â€œIf you’re not hungry because you were out late or had a big dinner the night before, acknowledge that, and wait until your body tells you to eat,â€ Sharp says.

But don’t wait ’til lunch before you reassess your hunger: â€œCheck in with yourself and ask, â€˜Am I hungry for something, even just a glass of milk or a peach?’ and respond accordingly,â€ Sharp adds.

Breakfast is not a magic bullet.

Some researchers have noted that in a â€œfree-livingâ€ study where people weren’t told what to eat for breakfast there was no notable difference in weight loss between breakfast eaters and skippers. This suggests that the simple act of eating breakfast isn’t enough to make you lose weight as with any meal, you need to pay attention to portion size, calorie count, and nutrients.

Sharp’s go-to breakfast picks are avocado toast and protein pancakes; if you need more inspiration, check out any of our favorite breakfast recipes.

Let’s be frank: Cooking for one can be challenging. And it’s not just single folks who face this issue. If you’re trying […]